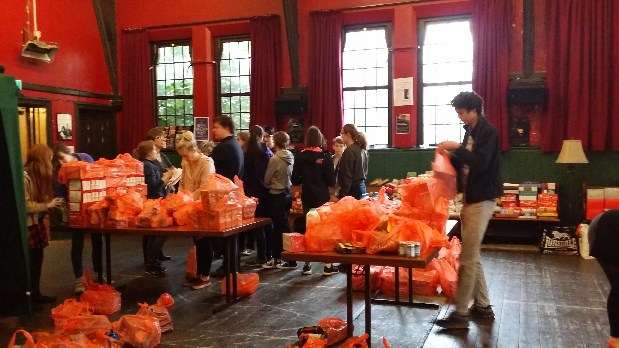 For the second year running, London Link helped with the set-up of the Quaker Homeless Action Christmas shelter.

With school having just closed for the term, about 15 young people gathered at Highbury & Islington station midmorning, Friday, 22nd December 2017 and walked together to Union Chapel where the Shelter was to be hosted.

It was again a busy and tiring four hours: moving crates of non-perishable food from the truck, into the building, up the stairs and into the hall; unpacking the crates quickly; unpacking carrier bags of food; sorting piles of pasta, bread, biscuits, tea, coffee, sugar, tins of soups, tins of vegetables, boxes of mince pies, and much, much more into an organised ‘shop’; setting up two tents in the hall for medics, other support services, and changing spaces; and sorting huge black bags of mixed clothes into piles of coats, jumpers, shirts, trousers, socks and other collections. 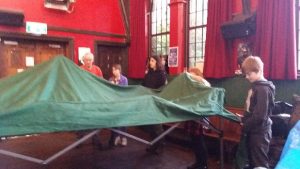 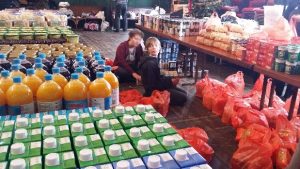 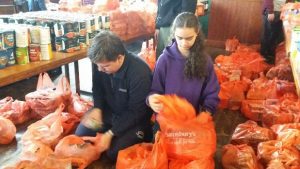 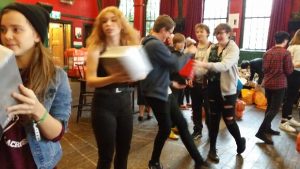 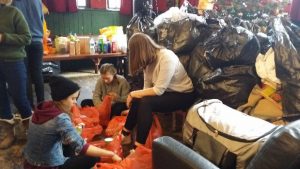 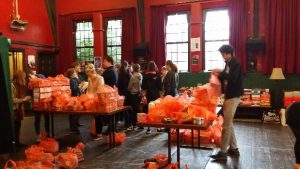 But there was a lot of laughter and fun, too. The call for “chain” had everyone moving into an efficient, if not always organised, line. Items, from one area were moved to another speedily. Initially, this was from the outside trucks into the building up and around the stairs into the main hall. It worked for shifting more food from another truck down the hall to the kitchen. It worked just as well for moving bags of donated food past the bought food, into a safe, out of the ways pace behind the counter. It worked, yet again, for moving black sacks of clothes from the stage area, to the other side of the hall. 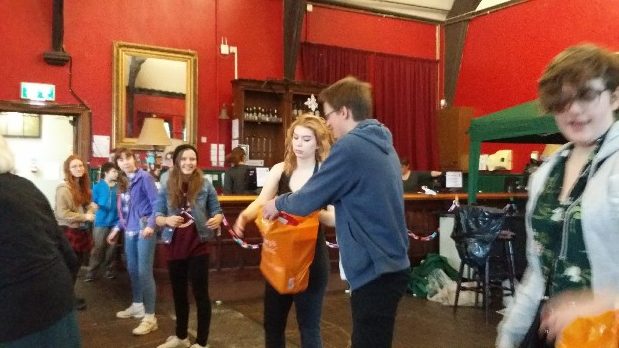 Chain! Worked so well, as we were leaving shelter volunteers adults adopted it. We had all just said our goodbyes, left the building and gathered outside to walk back to Highbury & Islington underground station, when we heard the call: ‘chain!’. We watched adults form a line and begin moving food stuff from another delivery truck to the kitchen, hand to hand to hand…

Much of the food is bought; most of the clothes are donated. Buying food ensures there are common basics that can be given to each guest to take with them when they leave the shelter and for healthy meals to be planned and offered. Relying on donated clothing saves a lot of money but can lead to some very unuseful items, like sleeveless women’s summer dresses! 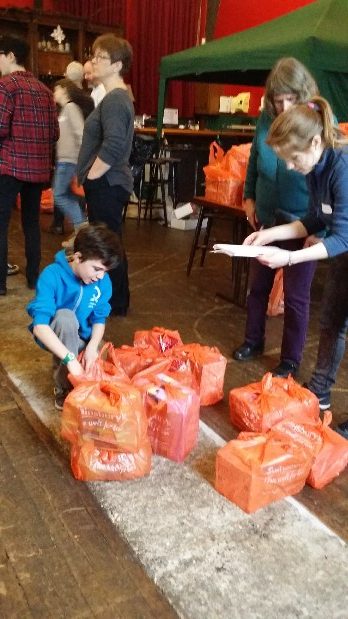 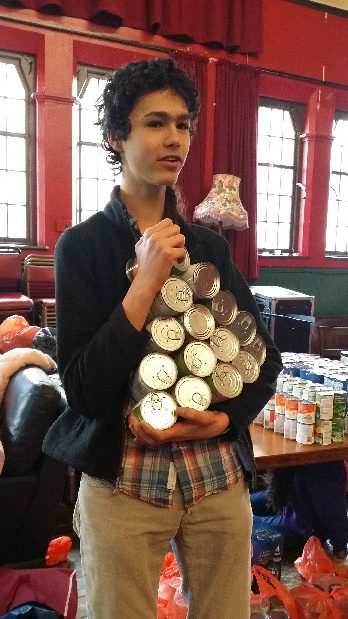 In return for the hard work and getting the shelter sorted so much quicker, lunch was provided. Pizza had been ordered but there were so many to cater for, the pizza place couldn’t fulfil the order. (In addition to London Link, some parents came, and there were many shelter volunteers, too). So lunch unexpectedly became make your own sandwiches this time. Not unlike our London Link weekend residential midday meals.

The Quaker Christmas Shelter offered at total of 26 beds each night for the week it ran. Breakfast was provided to ‘all comers’, whether homeless or impoverished. A packed lunch was available to take away, as well. In the evening a ‘home cooked’ meal was provided for up to 80 ‘all comers’ each night. There was also Christmas themed entertainment and up to 30 services (e.g. a doctor and/or nurse on site, a hairdresser, an optometrist, etc.). In addition, guests left with food from the ‘shop’ and warm clothing.

Before we left, London Link young people were again thanked profusely, with the invitation to help next year again. So, if you missed out, you’ll have a chance next December. If you did attend, share your experiences so others know what it was like!