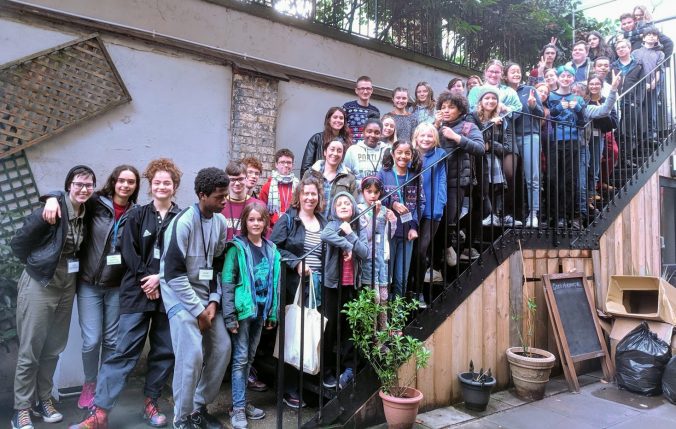 We must have broken a record: 40 (!!!) or more London Linkers gathered, sorted and set up the Quaker Homeless Action (QHA) Open Shelter.

This was our forth year, so we can definitely consider it as tradition. But never (?) or at least not often have we reached these numbers! Some “Linkers” brought along friends, or younger siblings and parents. This brought participants up to about 60 people shifting boxes, moving furniture; decorating the hall; creating order to the novels; sorting and arranging food, clothes, toiletries and other stuff. All this hard work aimed to create a welcoming space for homeless people or for those who are lonely, or both over Christmas.

It’s had work, yet many of “Linkers” come back year after year to help. And so QHA now relies on London Link to set up the Shelter. So mark your diary for next year! 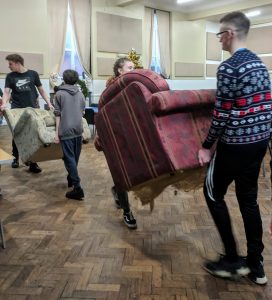 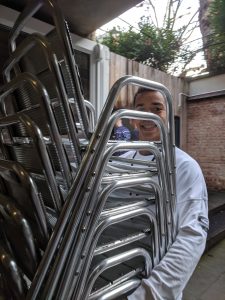 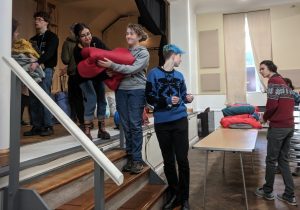 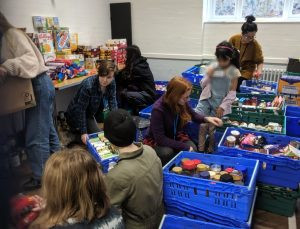 Among the hard work, there is always lots of laughter and opportunities to meet up with Friends not seen for a while,make new Friends and chat as we worked. And it’s all for a great cause! Lunch is provided by QHA: hot fresh pizzas! We tried to go vegan but the pizza place didn’t have enough, so there were some pepperoni (sausage) pizza’s too, and salads. (It’s just easier to serve one kind of pizza that everyone can eat.)

Sadly, because of lack of volunteers the Shelter was only open a few days, rather than the full week it usually is. And, it was not 24-hours like previous years. So, those of you who are ‘graduating’ out of London Link, make a note: QHA welcomes volunteers 18+! Next year, you could be helping in the Shelter. And maybe giving the time you would have been with London Link to other worthy causes and charities.

If you know of any charities or groups that would welcome London Linkers help, let us know. Send a message to clerk@londonlinkgroup.org.uk 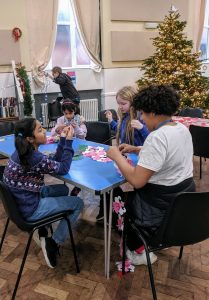 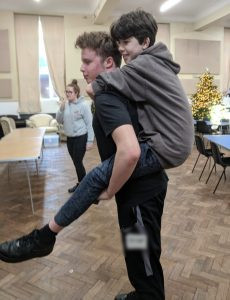 It was gratifying to see such a wide age range, right from those who were 11 years old and attending a London Link event for the first time. One such new “Linker” reported “Everyone was so nice!” and wants to return next year! 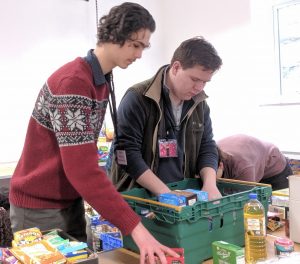 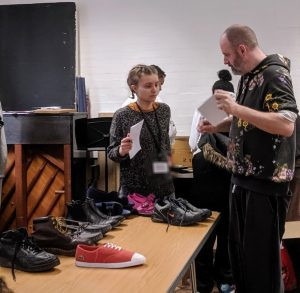 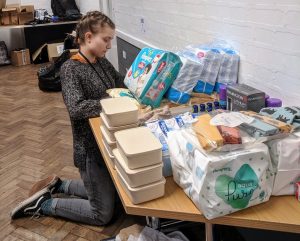 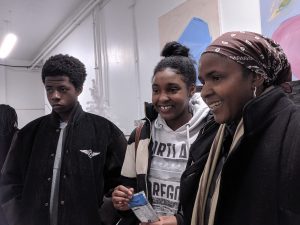 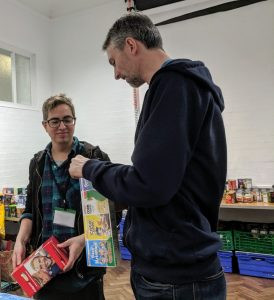 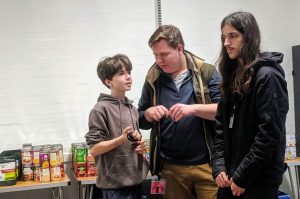 This QHA Shelter is a space where volunteers offer a welcomed and kindness, and food, clothes and shower (for those wanting). Unlike most winter shelters, the QHA shelter welcomes guests with their dogs. The QHA mobile library is parked at an entrance, For the second year we were at the American International Church, Tottenham Court Road. 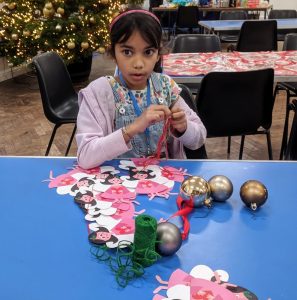 Quaker Homeless Action has come to rely on the energy and commitment that London Link folk give to setting up the Open House shelter over Christmas.  Hope to see you next year!

London Link Group is a volunteer-run Quaker group that organises events to bring Young Quakers aged 11-18 together. We are part of London Quakers.

We aim to: help young Quakers to develop their friendships; explore Quaker values; empower young Quakers; put into practice our Quaker ideals to create an egalitarian, safe, inclusive, caring and positive atmosphere at every event. Find out more about us.